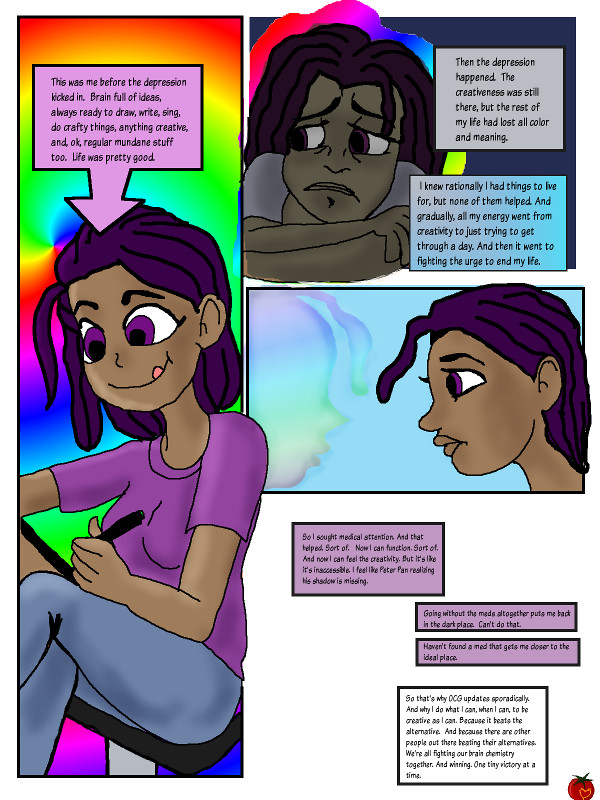 There's more to the battle than what I mentioned here, of course.  The brain chemistry tells me everything I draw is garbage, so I have to fight to see good in my own work.
I have to fight the fear of internet cruelty to even post it.
I have to fight the urge to take it back down after it's posted.
I have to fight the feeling of "I told you so!" from my depression if it doesn't get comments or likes because that's validation on the internet.
I have to fight the urge to chuck all my art supplies and give up altogether on art every time I see an artist whose work I perceive to put mine in the shade.
But if I stop fighting, I give up on doing something that's mattered to me my whole life.  If I stop fighting, I give up on myself, and on medical science.  So even when I don't feel like it's worth it, I try.  I have sketchbooks full of stuff you'll never see, but it still means I'm trying.
Having a new computer has made it easier since I now have enough memory to actually render what I draw.  But that's just a little bit of better equipment for my side.  And I will take what help I can get since this is a battle I'll be fighting for the rest of my life.