His Music Will Have To Do 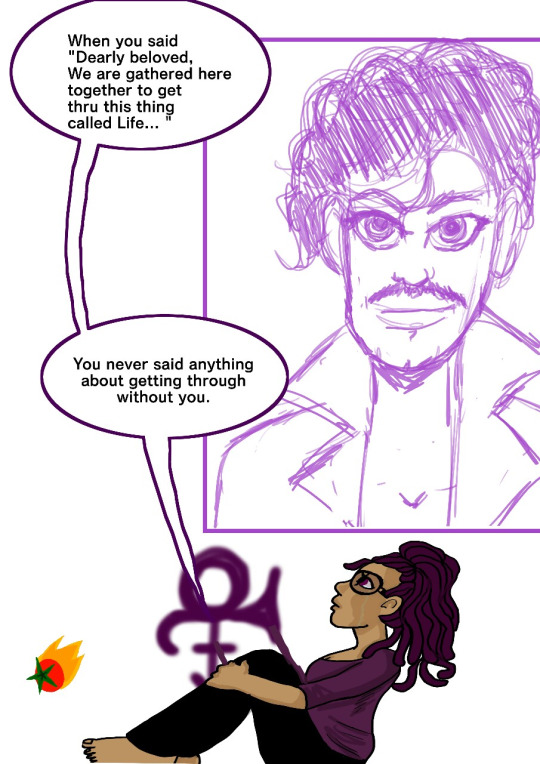 Prince  (1958 - 2016)
There is not a lot that  can be said that hasn't already been said.  The music touched a lot of people a lot of ways.  The man's fearless determination to be himself in whatever way he felt like touched a lot of people in a lot of ways;  I was one of them.  My hair is purple. My wardrobe is purple. Because he  wasn't afraid to embrace that color, and made it clear that if you love something then you should just go ahead and love it, and damn what anyone else thinks.
It'll be a little minute before I am at the point where I can listen to his music without getting choked up.  A radio station was playing blocks of his music on Friday when I went to my chiropractor, and I almost burst into tears right in the waiting room.  It feels like a bad dream, but wherever he is, His Purple Badness is spreading across some other place now, and they are getting the funk like they've never known. They're lucky.
My heart goes out to those who actually worked with him:  Morris Day and the Time,  the Revolution, The New Power Generation,  Rosie, Sheena Easton, Stevie Nicks, the Bangles, Kid Creole and the Coconuts,  and so, so many more that I am not even aware of.
My heart goes out to his friends and family.
My heart goes out to his fans.
That the world turned purple to bid him farewell was a beautiful gesture that warmed my heart.   There will never be another like him.
﻿