Living With Anxiety: A Bad Day 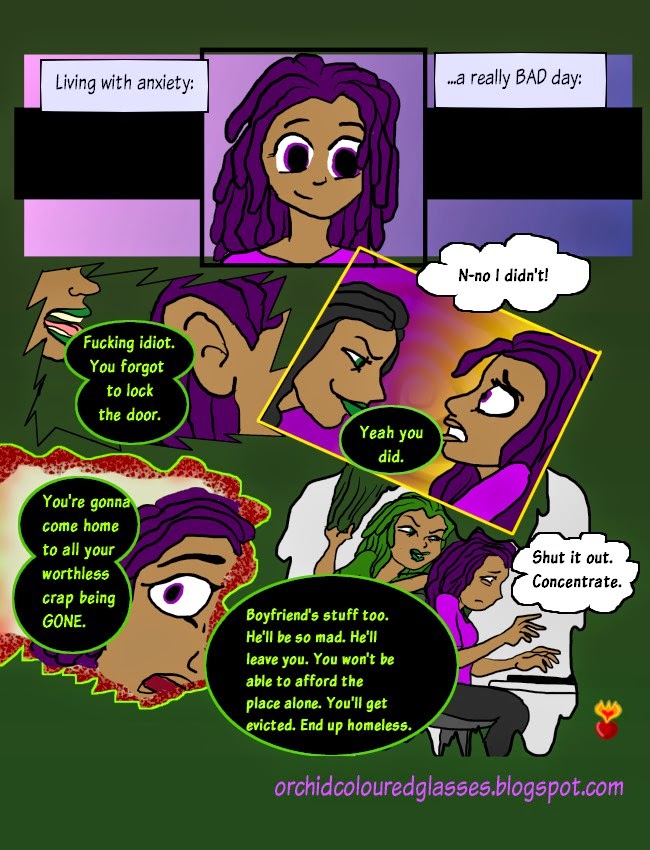 You've seen Nega-Indigo before -- back when I was upset about that Ferguson decision in 2014.  They decided not to prosecute his killer.

She shows up quite a bit and she's nastier than the mosquito-sized anxieties I've displayed here.

Her voice is much harder to ignore, and a swat is not enough to make her go away.   The mosquito type anxieties often just babble silly stuff I know I shouldn't be anxious about.  But Nega-Indigo hits me where I live.  She pokes things that could reasonably go wrong in my life when I'm stressed, tired, upset, or knocked off my routine.  And fears that I'm normally able to just keep stomped down and buried.

So if I, or anyone you know, seems especially tired for no apparent reason, they may be fighting their own mosquitos, or their own nega-self, who is bringing the noise with a vengeance.  Be kind.