Aircon Saga 3: Return of the Son of the Struggle with Stupidity 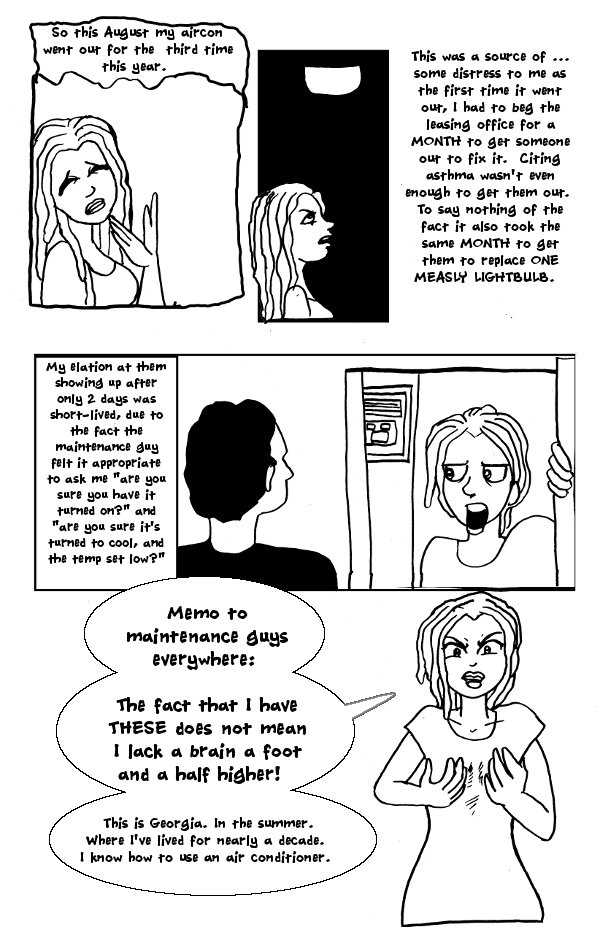 My boyfriend and I were discussing where we'd move in when he comes down to Atlanta. I asked him if he'd mind living where I am now.

He said he'd prefer not given the trouble I've had with this complex.

I don't know what I was thinking. Between the fact I've been robbed here, and the fact that the so-called "security gate"  has not been closed for upwards of two years, a simple Twitter search for #lightbulbsaga should've been enough to remind me.

But no, the universe wanted me to really get the message.

The a/c was out a week ago. I called a week ago, but then Dragon*Con came up, and when I got back it was not fixed, resulting in me not being able to sleep or do much else due to being baked alive.

So yeah, will be glad to see this complex receding in a rearview in the next nine months.
Posted by Indigo at 7:04 PM