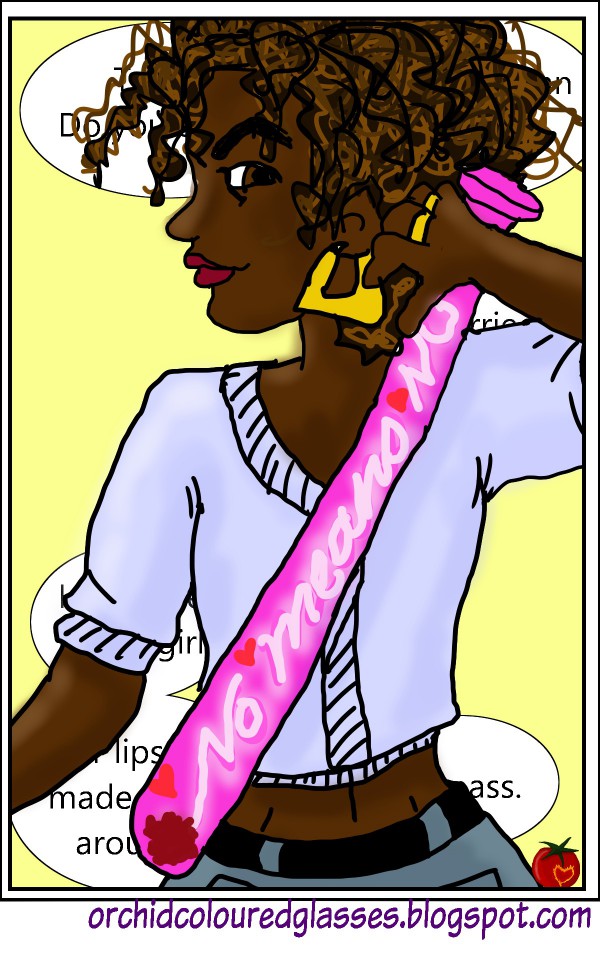 This one goes out to   @Karnythia, @sassycrass, and all the multitudinous women who were on Twitter today discussing men hitting on them without respect for them saying "no"; without respect for them saying "I have a boyfriend" or "I'm married".  To all the women who mentioned men having the unmitigated gall to touch them without permission when ignored.  To all the women who mentioned these CREEP*s only stopping their "arduous pursuits" when the boyfriend or husband showed up.   To all the women who have had to endure this, and to all the women enduring it now.   My first thought was that we should all accessorize with the above to send a message, but somehow I have the feeling it would be taken wrong.  Sigh.
*CREEP, as you recall, means Cannot Respect Explicitly Elucidated Preferences.   If a woman has told you no and you took that to translate as "try harder", then you are a CREEP and need to examine your choices.
﻿